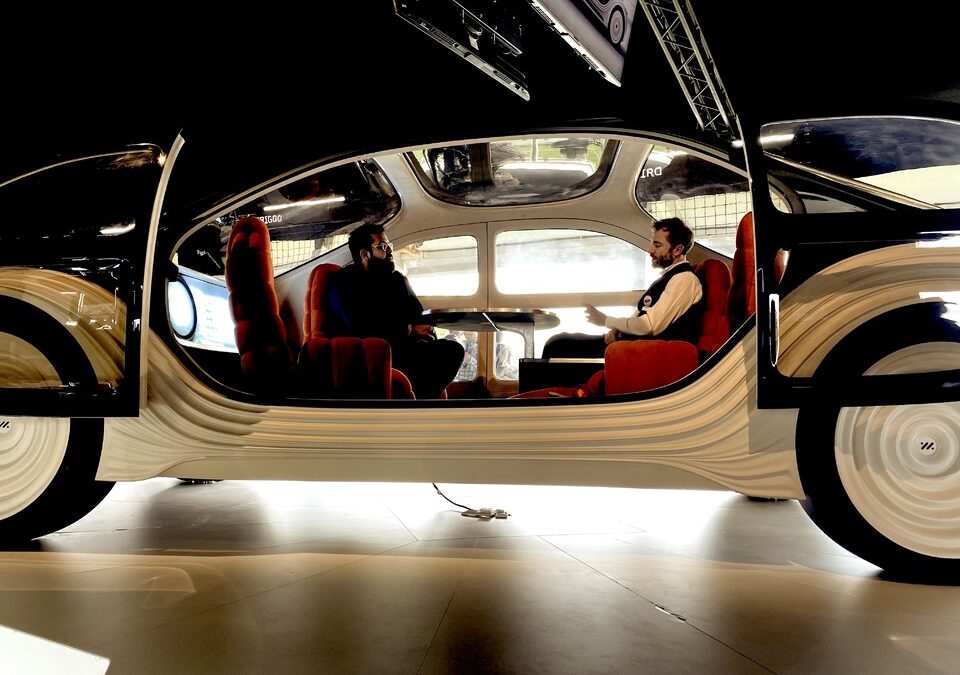 Cecence headed straight for Electric Avenue at this year’s Goodwood Festival of Speed keen to see the latest sustainable offerings from the automotive sector.

Inside the Fos Future Lab we spoke to London-based Heatherwick Studio about their fully electric ‘Airo’ car which offers autonomous and driver modes, and discussed options of integrating sustainable material options into future designs. The car uses a HEPA filtering system to clean the air as it drives and removes carbon particle pollution from other vehicles. Inside the elegant organic mobile work/lounge space a meeting was in full flow demonstrating its potential as a ‘new room for our lives with a changing view’.

New electric sports cars jostled for position next to Bugattis and Ferraris from the 1960s with McMurtry Automotive demonstrating that an electric car could be every bit as exciting as a more traditional offering in both styling and speed.

Outside in the more noisy and expected thrust of powerful engines and excitable petrol heads, Gravity’s Richard Browning, who Cecence have been working with on and off ever since he first took off across a field next to our workshop with a rocket strapped to his arm, was soaring once more into the sky delighting a multi generational crowd.

Towards the end of the opening day the latest craze in drifter cars tore up the tarmac and large areas of grass outside Goodwood House, noisily flexing their petrol fuelled muscle. On the far side of the paddock, Electric Avenue made its presence known not with noise and fumes but with a quiet determination, and in the case of Heatherwick Studio’s ‘Airo’ a substantive amount of style.

This website uses cookies to improve your experience while you navigate through the website. Out of these cookies, the cookies that are categorized as necessary are stored on your browser as they are essential for the working of basic functionalities of the website. We also use third-party cookies that help us analyze and understand how you use this website. These cookies will be stored in your browser only with your consent. You also have the option to opt-out of these cookies. But opting out of some of these cookies may have an effect on your browsing experience.
Necessary Always Enabled
Necessary cookies are absolutely essential for the website to function properly. This category only includes cookies that ensures basic functionalities and security features of the website. These cookies do not store any personal information.
Non-necessary
Any cookies that may not be particularly necessary for the website to function and is used specifically to collect user personal data via analytics, ads, other embedded contents are termed as non-necessary cookies. It is mandatory to procure user consent prior to running these cookies on your website.
SAVE & ACCEPT